I recently made a 5-hour trip home from vacation.  I have a bit of a lead foot so before 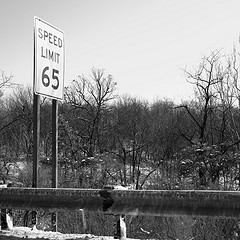 getting on the highway I gave myself a little pep talk and decided to keep my speed at 74 mph.  Somehow staying just under the 10-miles-over mark didn’t seem like actually speeding I guess.  I settled into that speed pretty quickly and before long started to feel like lots of cars were passing me by.  I decided that maybe 76 or 77 should be the new normal since I would really be going with the flow of traffic. I cruised at that speed pretty comfortably, until once again, plenty of cars were passing me at 80, making 77 feel darn right slow.  I decided that a few more miles would be okay since so many cars were getting away with it and I settled into travelling at 80 mph.  You can guess where I’m heading with this right?  Luckily I did not get pulled over but I did keep inching up my speed, pushing the boundaries of what was comfortable until I became comfortable with it.

This is a phenomenon prevalent in society today and indeed peculiar to human nature.  We push limits and are always looking for more and better and bigger.  Instead of being content with what we have and where we are, the fast pace of the world keeps us urgently trying to ‘keep up with the Joneses’.

We as a society have pushed the limits and redefined so much that it’s hard to know what the truth is anymore.  Take the hot topic of marriage today.  Our society can pass all the laws they want and our nation is certainly speaking out and rallying around ‘same sex marriage’.  The definition of marriage is being redefined before our very eyes but that doesn’t make it the new truth.  Our youngest children are likely to grow up with this new definition of marriage and they will not remember when it was different, even though it was for over 2000 years!!  The moral truth for them will be obscured.  That is, the idea that marriage is a vocation, and God does not call everyone to that vocation equally, will be lost completely, if not for the voice of the faithful speaking out.  Forget the idea that marriage is ordered for the purpose of sanctity and sainthood and not merely personal pleasure. That concept is long gone already.  So how did marriage as Jesus defined it, become something else?   How did we get here???

The answer is, we crept here; slowly, steadily, methodically, like the needle on my speedometer. We have gone along with the crowd and pushed the limits a little at a time with no regard to any moral authority, and here we are.

There was a time when society as a whole understood that a baby in the womb was a God-given life and it was implied that it was wrong to kill it.  Imagine that?  There was a time that sexual activity outside of marriage was understood to be wrong, which is not to say it never happened of course.  In fact it was happening so much that rather than striving to overcome the sin we collectively decided it just shouldn’t be a sin anymore.

And here we are, raising up a generation that serves the self and not the Lord.  How can they when they don’t even know that killing babies in the womb is a sin, and a mortal one at that?

We crept here.  We are creeping still.

I was completely unfazed as my speed crept up and I was cruising happily along with a zippy little Porsche and engine revving ‘vette.  The speed limit signs posted frequently along the way didn’t draw my attention at all.  The earlier pep talk, in which I defined my own limit of speeding, was totally forgotten as I was swept up in the idea of getting home just a little sooner with seemingly no harm done.  Until finally at somewhere around 85 mph I caught a sobering glimpse of a black and white and hit the brakes, heart racing!  One glimpse of the enforcer brought me back to reality in an instant!  What was I thinking???  There are certain and unhappy consequences for breaking the speed limit and just because others were fine with that I definitely was not.  The price is not worth it; being pulled over with kids in the car and explaining to them that I broke the law, the ticket, and the insurance – all much more than I was willing to pay.  I let myself be led astray as my discipline went temporarily out the window.  And what if I had to face an even higher authority than a police officer, like a judge for instance?  I am far too chicken for that!

Jesus established His truth and His authority when He walked among men.  He knew the weakness of human nature and knew we would need a moral authority to keep us in check.  The church no longer seems to keep society-at-large in check but we will all face a higher authority and ignoring this fact doesn’t make it any less true and real.  When we do will our hearts race in fear of the possible consequences?  Is the price we will have to pay worth it? 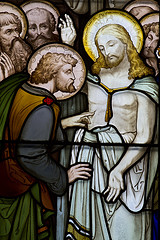 I am a sinner.  We are all sinners.  My sin is before my God, not because I don’t know any better, but because I am human.

If we fall and we know it we have recourse to the divine mercy and forgiveness of our savior.  It’s simple.  But for so much of society that is fallen and doesn’t know it, what will it take to shake them awake?

How will God get their attention before it’s too late???

1 Cor 3:11 “But each one must be careful how he builds upon it, for no one can lay a foundation other than the one that is there, namely, Jesus Christ.” 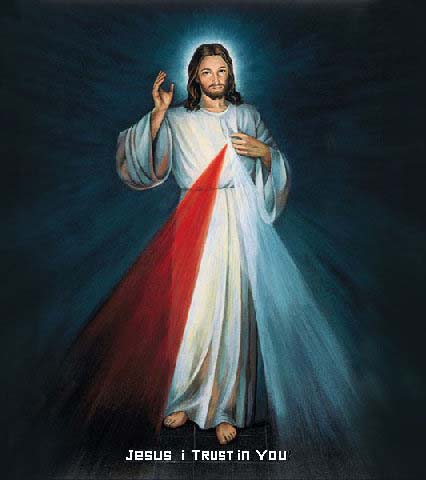 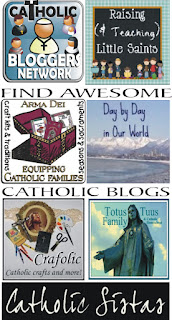